View source
watch 01:36
We're Getting Mutants in the MCU - The Loop
Do you like this video?
Play Sound

The Cursed Mummy is a Ghouly. His first encounter with Cooper varies depending on the choice of the player, either the first visit to the Workshop or the second visit to the Music Room. Cursed Mummies have 80 Energy and are possibly the sixteenth ghouly encountered in the game.

The Cursed Mummy has purple skin, a stubby build, orange eyes, and is wrapped in bandages around certain parts of his body. He also wears an Egyptian mask covering the top half of his face and he carries a stone tablet with hieroglyphics encrypted.

The Cursed Mummy's power relies on the tablet. Instead of facing Cooper head on, cursed mummies prefer to stay their distance to chant their magic.

Cursed Mummies have two spells they can perform. The first involves the cursed mummy creating floating yellow hieroglyphic symbols that gradually draws Cooper towards the mummy. When Cooper gets close enough, the mummy gives him a scare that causes Cooper to be slow and susceptible to which then the mummy lifts up his tablet above his head and slams it on to Cooper, dealing an initial 5 points of damage, 10 if Cooper is still under the influence of a scare. This spell is only used in Chapter 2 and when in Traitor mode, the Cursed Mummy uses the tablet slamming attack on other Ghoulies without chanting.

At the start of Chapter 3, the Cursed Mummy can perform a curse. He chants a spell that makes his tablet glow green and when he has chanted enough the tablet breaks and a small, green, floating skull is summoned. That skull will chase Cooper and if it touches him, it will lay a curse on him. The curse will give Cooper a 30 second time limit, and when the limit expires, Cooper will be knocked out. The only way to break the curse is to either leave to the door to the next room or to destroy the Cursed Mummy. After the curse is released, the powerless mummy will walk away and cry for his broken tablet. The floating skull will also disappear if Cooper takes the Invisibility soup.

Being a mummy, the Cursed Mummy needs fire to be destroyed either by the Candle or by throwing him into a heating device such as a fireplace or a furnace.

The Cursed Mummy has his own theme music that is only played in the second visit to the Relic Store, only after he appears. 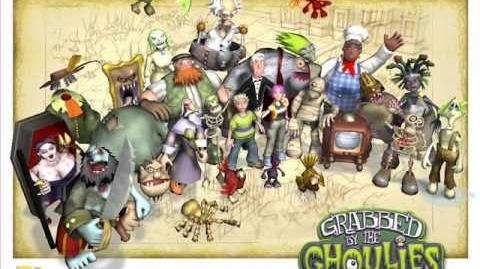