Ghoulhaven Hall is the sole location of Grabbed By The Ghoulies. Cooper and Amber enter it to seek refuge during a storm. It is home to many unique characters, including the game's antagonist, Baron von Ghoul.

Ghoulhaven is located near Ghoulsville-In-The-Gloom and Showdown town. (As seen in Banjo Kazooie Nuts and Bolts.)

The Baron owns the whole estate and resides in his Quarters which is located upstairs above the entrance. As well as infested with Ghoulies, Ghoulhaven Hall also requires a staff who sometimes fall victim to the Ghoulies.

The whole manor consists of the main 2-Story building which is basically the Grand Hallway and all the rooms it's connected to, the basement area below, a Lighthouse to the north, an agricultural area to the east and a Cottage to the northeast. Their is also a large area in front of the house known as the Front Gate.

The mansion has 50 unique rooms that Cooper must venture around to progress in the story. Most rooms are visited twice while others are only visted once. Most rooms are generally clean, unless Cooper changes that, and are decorated with peeling wallpaper, vases and numerous hanging picture frames of Ghoulhaven residents, ghoulies and even unused content. It's not uncommon to see identical pictures in different rooms.

All rooms, save for the Trophy Room, contain breakable scenery. These usually come in the form of cupboards, boxes, and other containers that can be broken by either by Ghoulies or Cooper to retrieve items (like weapons, Super Soups and Bonus Books). Ghoulies will often hide inside scenery and break out in a surprise attack. Alongside breakable scenery, there are also Temporary Weapons found in most rooms. 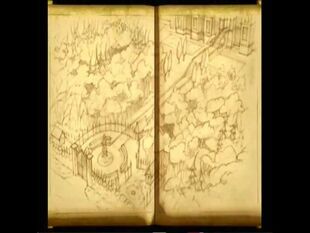 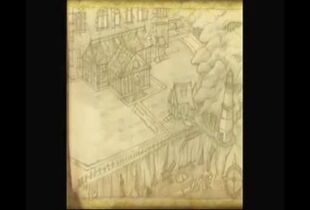 North side of House 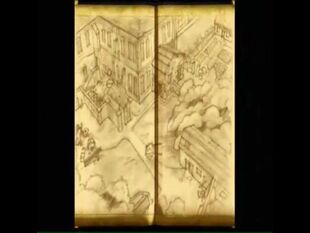 East side of House 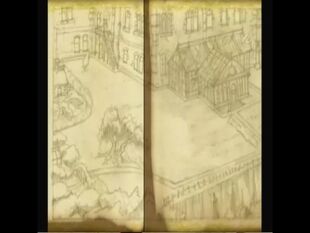 Northeast side of House
Community content is available under CC-BY-SA unless otherwise noted.
Advertisement