Ninja Imps resemble normal Imps except with black skin, and they all wear orange karate gi's with black belts.

Ninja Imps are some of the most fiercest enemies, attacking Cooper right on sight and usually fighting in large groups up to over 30 at a time. Ninja Imps appear to take on many ninja stereotypes like saying 'hi-yah!' when not even attacking, meditating (and chanting mantras) before seeing Cooper, bowing when defeating Cooper and lowering their head in shame (saying 'oh no') when witnessing Cooper defeat other Ghoulies.

Ninja Imps will use a basic combo on Cooper, when seeing him they will do a front flip (probably gearing to fight him) then running towards Cooper and throwing 3 quick blows before making him dizzy and jumping in the air and after waiting for 1 second frozen in the air they will perfectly glide towards Cooper with their right foot out, kicking him and knocking him back if hitting him and landing perfectly on the floor whether or not they successful attack. The starting blows do 1 points worth of damage and the kick does 2. Hitting them is similar to hitting regular Imps, Spiders and Flying Imps as Cooper will just use one simple hit to make them dizzy and then a knock back attack that will send them away a good distance, however, because of their bigger Energy they will they still remain alive and get back up again, meaning most fights will have them losing 10 points when being knocked back and leaving them at 4 points, making Cooper have to run over and attack them on the ground.

By the start of the second visit to the Farmyard, Ninja Imps start using the ability growing bigger, hence having more energy. They do this by meditating and after a few seconds of chanting they will spin and temporarily turn red (rendering them invincible) then become twice their own size. When this happens they will have gain 30 more points if unharmed, (raising it to 30 on any account) and instead of using their combo, they just use the same jump kick without the first simple blows. They are especially vulnerable when in the air or when they are meditating just before becoming bigger. 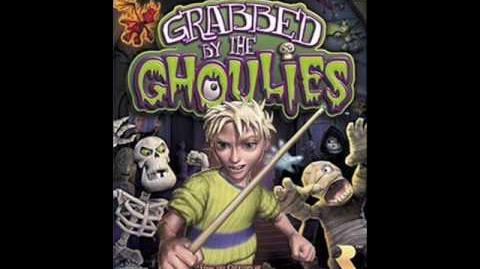